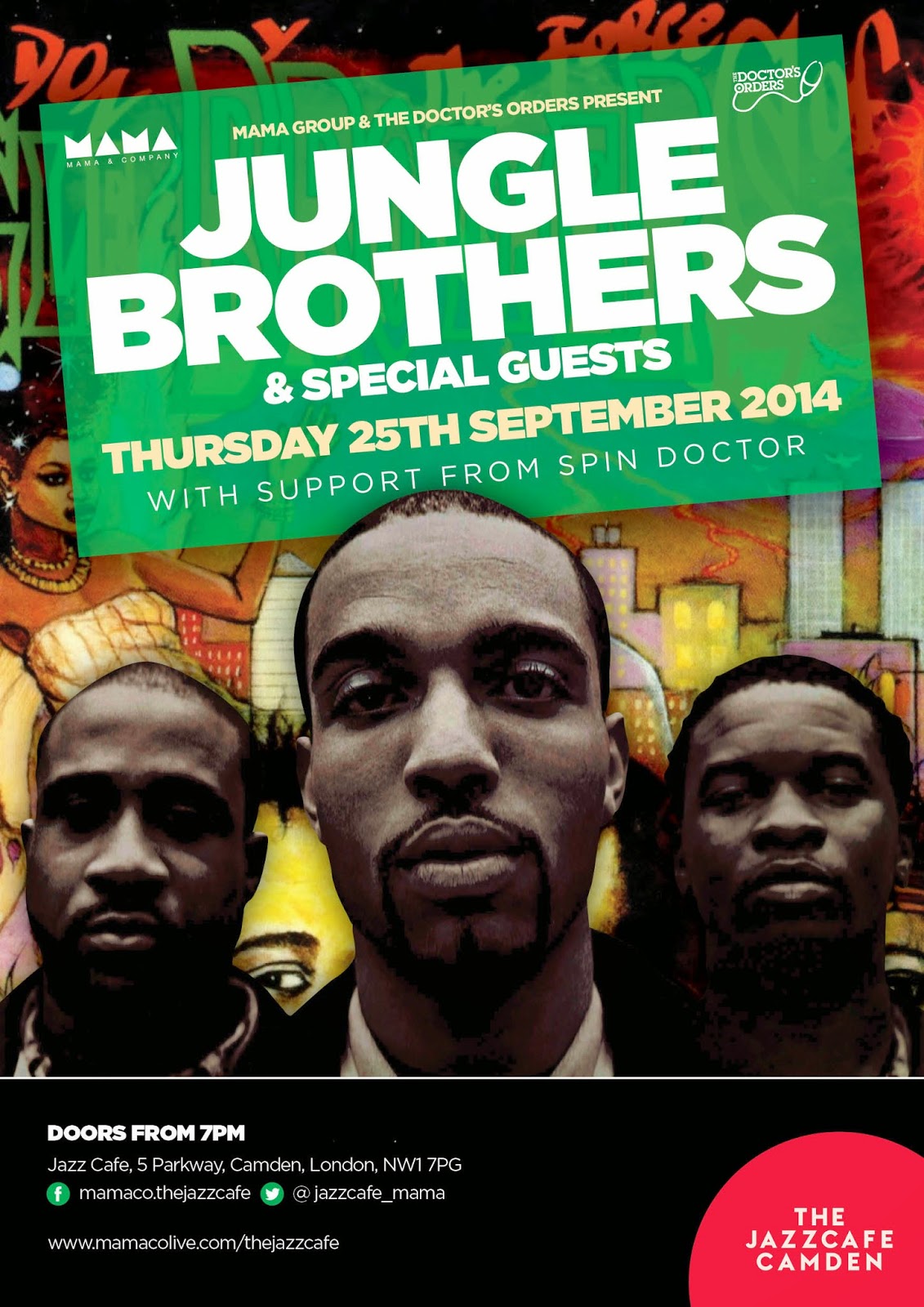 The Jungle Brothers are members of the Universal Zulu Nation and founders of The Native Tongues movement that included De La Soul, A Tribe Called Quest, Black Sheep, and others.  Their 1st album "Straight Out The Jungle" released in 1988, was an instant classic mixing BBoy aesthetics, Wisdom and Afrocentric Positivity which today stands shoulder to shoulder with the strongest albums of the time.

They followed it up with a more mature and polished album "Done by the Forces of Nature" in 1989 (anyone who knows me knows this is my favourite Hip-Hop Album).

Get your tickets HERE

Jungle Brothers Live in 89'
In this clip they explain the meaning behind their song "Black Is Black" and perform the title track off of the 1988 album "Straight Out The Jungle".


Jungle Brothers - Beyond This World


Jungle Brothers - What U Waitin' 4