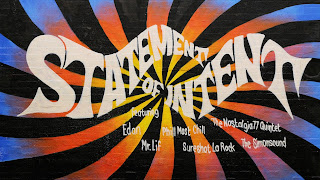 Paintshop Studio collaboration with DJ Format Graffiti creatives Paintshop Studio have teamed up with the legendary DJ Format to produce an animated graffiti video to promote Formats new album release Statement of Intent.
Filmed and edited by Jeff Metal and produced in just one day, the entire clip was created in spray paint and showcases a collection of rappers who feature on the album coming to life by painting and re-­‐painting key elements. Statement of Intent music ranges from Old School Rap to Psychedelic Rock and includes the musical talent of Edan, Mr Lif, Phill most Chill and Sureshot La Rock. Eagerly awaited on the music scene the new album reveals Format's wide and varied musical influences beyond Hip Hop and Funk. Available as deluxe limited edition heavyweight double vinyl, CD & download.
Release date: 27/02/2012.
For further information :www.paintshopstudio.com