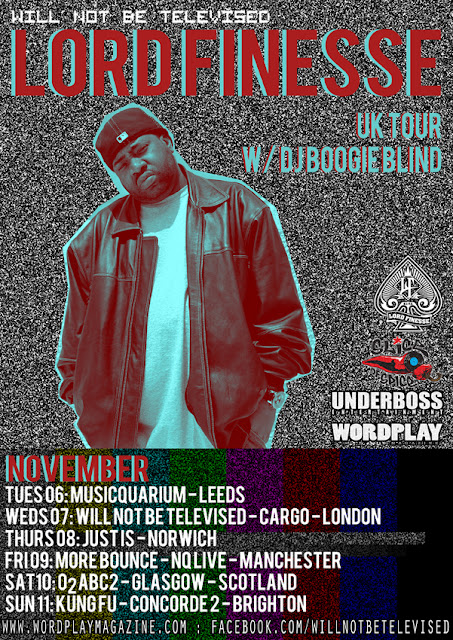 Battle Rapper, Producer, DJ, D.I.T.C. Head Honcho - Return of The Funky Man Lord Finesse comes to UK alongside DJ Boogie Blind for one of their legendaty Hip-Hop show. NOT TO BE MISSED!!!