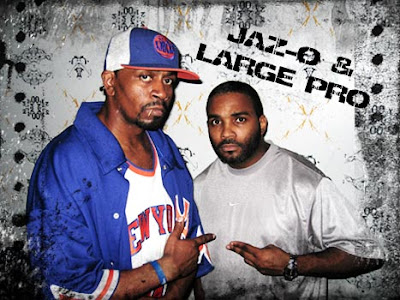 Marcy Projects representer Jaz-O is holding his own against the multi-billion dollar steam roller that is modern Rap industry. Some might say that youtube disses and expose videos are cheap fame moves, and we tend to agree but when you are up against a giant, sometimes you have to do David steps... 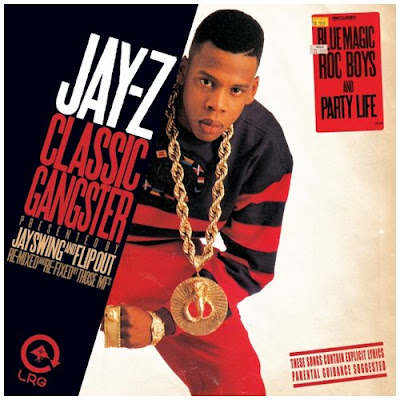 Brooklyn's The Jaz is known to many as "the Mentor of Jay-Z", but there is much more to him than that, he came to the publics attention in the late 80's as a concious rapper in a period when the scene was dominated by Queens borough MCs. So whether he was talking about Police brutality in "Its Your Nature"; or in the Originators video wearing the crown and regalia of Dr. Malachi Z. York-El's Nuwaubian Nation of Moors organization, you know he was on some serious knowledge.

"Are you men living in God realities or Gods with man mentalities?" Jaz-O Love Has Gone

Texas born DJ Premier who has made Brooklyn his home, has done production for many Brooklyn old 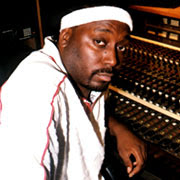 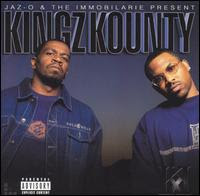 Since the not so subtle Love is Gone record about Jay-Z, where Jaz-O laments the break up of their longtime friendship, there have been many back and forths between Jaz-O and Jay-Z that you may have heard. Jaz-O going at the whole of Rocafella when they were at their most Tonka on Nore's "Nothin'", Jay-Z and Rocafella all at him in return. Jay-Z mentions the fact that Jaz-O was 40 years old at that time but that would come back to haunt him when he fell out

with Camron and Dipset though...


Jaz-O explains his side of the story

It seemed to have ended a while back with this freestyle , but recently with the Dame Dash & Jaz-O "Happy Birthday" video, Jay-Z has dissed him again on Ludacris's recent song I Do It For Hip Hop co-starring Nas and JAY-Z. And so on and so on and so on....


Happy Birthday to you?

In an age when Digital Radio the advent of the easy access to Internet Radio and Podcasting is there a place for Pirate Analogue Radio?

In the UK, media outlets and access to creative expression has always been very tightly regulated, and to combat this the various music scenes created their own "Community Stations". These stations are known to the media as "Pirate Stations", this was due to the UK's first unregulated Radio station Radio Caroline. Caroline broadcast from a Fishing Trawler just outside of British Territorial waters, and so was free from Broadcasting Regulations.

In the late 80's and early 90's, saw an explosion of Pirate stations all over the UK from Glasgow to Brighton. In particular South London conscious Black music stations like Genesis FM, Vibes FM, Lightning FM and and others filled a void in the community, broadcasting music and culture that represented a whole listening audience that was totally uncatered for by the mainstream media.

Wilderness Pictures and Director Michel Chandler has created a fascinating new documentary investigating the future of underground Pirate Radio scene in London, by interviewing a wide variety of DJs from Reggae to Grime, Hip-Hop to Drum&Bass.

Here is a sneak preview of the forth coming film exploring the people who risk heavy fines and possible prison sentences to bring their music to the people:

List of some London Pirates in the past/present
Midlands Pirate Archive
The "Man's" perspective
No comments: