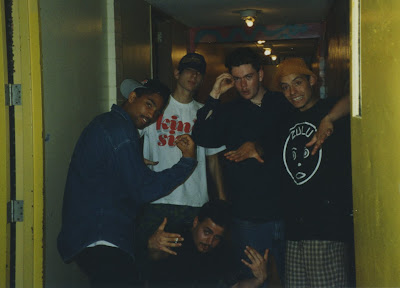 The Get Open Crew
(from left)Kiambu/Push, Devan/Seyes, Baruch, Siba Giba and friend below
The crew was a collection of DJs, MCs, Producers and Graffiti writers, this was taken by me in New York 1992 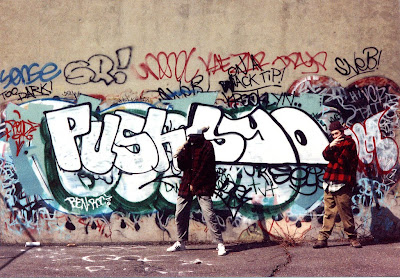 Push Seyes 1992
Push was also known as Kiambu, an MC in Alphabet Soup (Headrush) an Early 90's Hiphop group, and Bruknahm. They had the sickest Blackbooks I have ever seen then and since. Next to the Syo (Seyes) throwy is a Omni 156/AOK/XTC/BYI throw up, who we also knew. 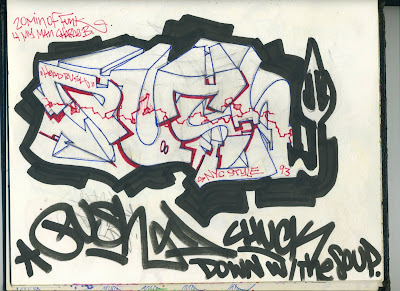 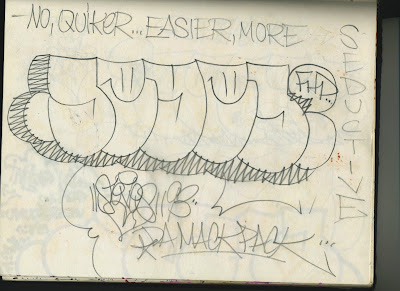 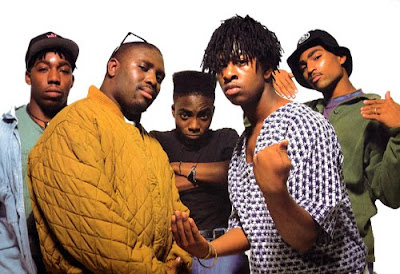 The group came out in 1991, and sounded similar to the Native Tongue's Black Sheep, but the production was a bit more experimental, and it was more openly Conscious/Political. It was released by independent label Akirfa Recordings which I think was based in a Comic shop, because that's where I got my copy, until Kiambu gave me some more to give to UK DJs. I met the rest of the group briefly when they came to our collage to chill with Kiambu.
I have a copy of a radio tape I recorded in London Xmas 1991 of Westwood or someone on Kiss playing it, and it featured in a Hip-Hop chart (Blues & Soul?) when it came out too. The group was forced to change their name to Headrush as there was another group called Alphabet Soup at that time on a major label.

Kiambu became a part of Bruknahm with along with Siba Giba and X-clan associate Saundi, and Released and album under that name and still record under the name The Get Open Crew, working with some European artists and Sadat X (Brand Nubian, LowLife). Deflon produced a track on a Mo Wax compilation in 95/96.

Siba Giba originally from Paris, grew up in New York City, going back and forth. He has released two books, one a Hip-Hop version of the famous original Paris Graffiti Book 'Paris-Tonkar', featuring interviews with KRS-One, Tim Dog, and others in 1992. The other one was a Jazz book project, "Jazz Zoom, Carryin’ It On" started by his mother by Desdemone Bardin, who sadly passed away before she could see it finished. Desdemone Bardin was one of the first French educators to use Hip-Hop as a way to teach English, and was an early promoter of the culture in Paris.
He released his first record with a German label, and recorded a crew track with fellow label mates First Down a UK Hip-Hop group featuring Aroe (Aroe & The Soundmakers).
He runs OvertimeRecords and has produced for California early 90's underground legends Freestyle Fellowship, Daddy-O (Stetsasonic), Everlast (House Of Pain) and others. 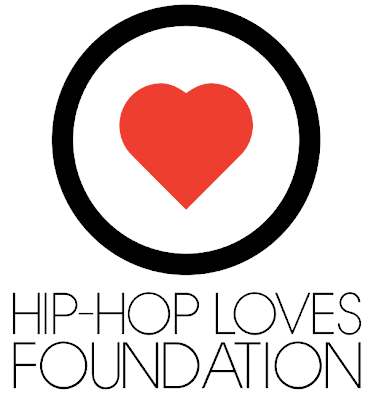 He is still making music and here is a exclusive copy of his Swagger Like Us remix
Swagger Like Us SibaGiba Brazil Remix - T.I., Lil'Wayne, Jay-Z etc
Download here 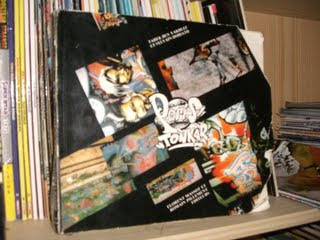 ID Crew On The Rise

Steam 156 THE Hardest working man in the Graff documentation game and his mega site www.aerosolplanet.com is back! Steam156 is the real deal, documenting the UK and International scene since the early 80's till now with amazing stamina. He has the biggest collection of London Foundation Graffiti crew TCA (The Chrome Angels) flicks, and has gone to New York over 30 times for flicks, and has one of the best collections of the early Los Angeles Masterpiece movement. His infamous slide shows were legendary in the UK graffitti scene and his regular Graffiti section in the early HHC Hip-Hop Connection fed Europe with tidbits of what was going on in the early days. 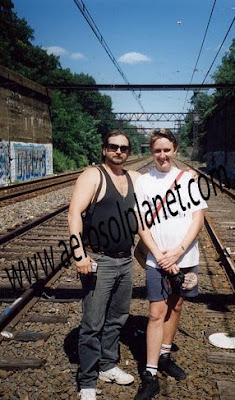 The new look website is a fresh look. Join up! Tell a freind to tell a friend!
http://www.aerosolplanet.com

For an exclusive interview with the man himself on the Kool Skool Radio Show
check: http://thekoolskool.podomatic.com/
No comments: