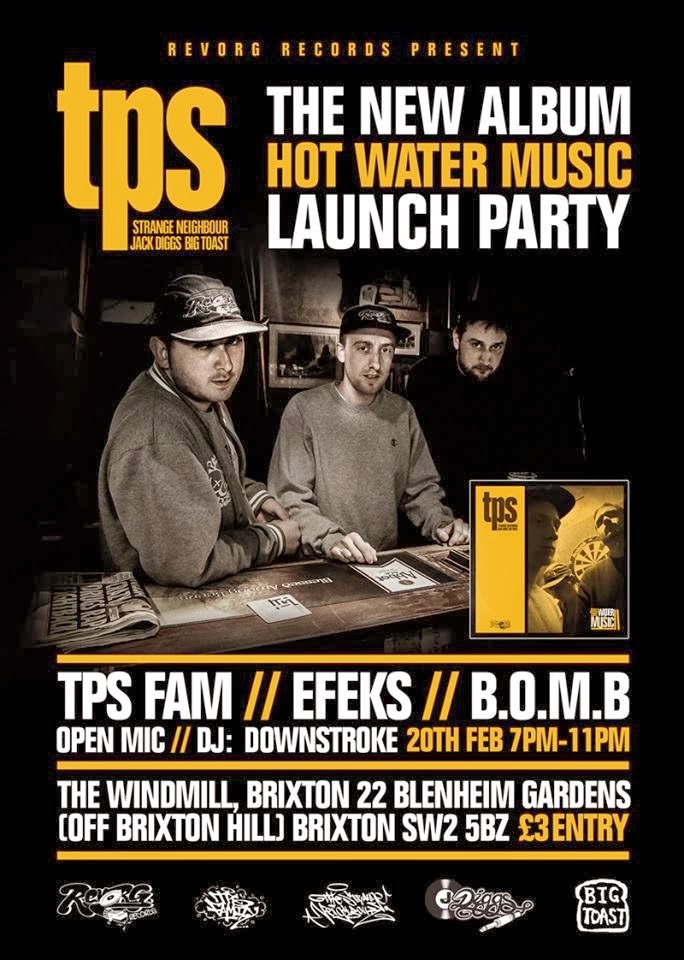 Cronxden Break Beaters and Stella Spitters TPS Fam are a group consisting of Strange Neighbour, Jack Diggs & Big Toast. TPS is an Independent UK Hip Hop Power house, behind Revorg Records, sick production for many UK artists and are known for  linking with the cream of new UK.

To celebrate the launch of the new TPS album "Hot Water Music", Revorg Records is putting on a night of live Hip Hop featuring some of the best live acts on the scene. There is also an open mic for all the hungry MCs out there!

Taken from the album Hot Water Music out 21st February 2014 on Revorg Records
Produced by Jack Diggs with additional bass by Ryan
www.revorg.co.uk


ORDER 7" VINYL NOW
"Mystro - Keep Doing It" is the A side released on 7" Vinyl along with FREE A3 poster on http://revorg.co.uk/mystro-cappo-7-vi...
AA side Cappo - No Way About It prd. IMS for Starch Music.
Video Directed by Lyle Lindgren