As writers from the Bronx and Manhattan gained much of the media shine in the early days, Queens borough graffiti contribution is undeniable but one that often gets over looked. Kool Sphere cut his teeth as both a graffiti writer riding the 7's surviving local hood wars, and later on battling MC's live on New York College radio, so he definitely knows the Queens County's legacy.

While moving back and forth between New York and L.A. over the years, he got to experience both coasts' hiphop scenes along with the familiar story of hustling to get equipment and studio time. It all paid off though, what with rocking shows with The Neptunes, Method Man, The Pharcyde, Slum Village, and recording with DJ Premier, Kool G Rap and Wu-Tang's Bronze Nazareth.

Sphere has kept all angles covered still regularly dropping burners designing graffiti t-shirts for clothing label Wild Style Technicians, and his music featured in the Interscope movie "The Next Episode". There is a lot in the works; as well as breaking into soundtrack work, there is a solo Kool Sphere project and a Verbal Threat album coming soon. Sphere took time away from the grind to talk to us about, the past, the future and keeping the love for the game alive. 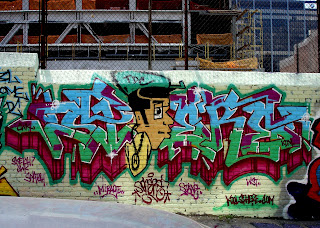 What do you write and what crew are you in?

Where are you from? 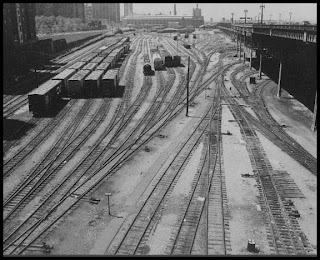 Who was the first writer you noticed?

[It was a writer called] Sick from the Bronx, and seeing him up on highways, as well as Saint and Sife UQA. 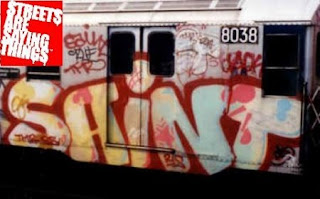 When did you start writing?

Outside of New York, a lot of people are aware of the Bronx through Subway Art; but the story of Queens graf is not a very well known one. What was it like back then?

Queens, just like the other boros in NYC, has a history of its own. The 80’s were a very real time in hip-hop, the graff and the music. Violence came hand in hand in both aspects, where as now it seems to be non-existent. There were many real pioneers that did their thing coming up in the game. NYC was a crazy place from the 80's through to the early 90's. We lived through years of roll ups, with 10 car loads of cats, packing bats, box cutters, mace etc. Years of chillin' on the corners, outside bodegas and liquor stores. So many good memories from the good, to the bad. NYC will never be the same again. 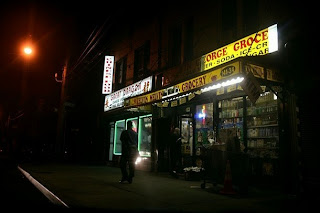 Who are some of the Kings from Queens people should be aware of? 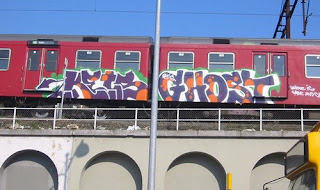 How would you describe your style?
Traditional.

Being from the old school, what do you feel about modern graffiti? 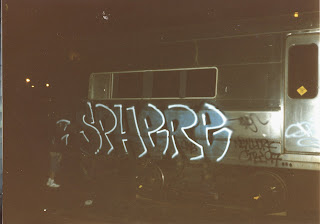 How do you feel has graff influenced, or changed your life? For the good or bad?

For the good. I took the respect I had for graff into the hip-hop game, as an MC for my group Verbal Threat.

What are some of your graffiti memories?

What does it mean to you to be a member of your crew?

Its nice to be down with cats that have a high level of skill with styles, and pieces. It makes you want to step up your game. 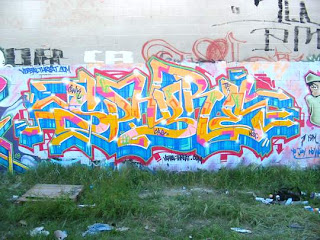 Going forward what do you hope to accomplish with your art?
Just preserving styles from the old school and incorporating my style into that. I bring it back to life through my designs for Verbal Threat clothing and promotional material. Right now I'm liking the shirt design, I wrote Verbal Threat in a tag with a pilot [marker] for one. I'm starting a clothing line in 2007.

Who does Verbal Threat consist of?

Kool Sphere and MC Reppond, and we collab with Ray Rob on the drums, and DJ Flict for live shows.

As an MC, when did it become more serious, and less of just ciphering with your crew?

I started MCing around 1990 or so. Kool G Rap’s Wanted Dead Or Alive changed me personally, forever. We became more serious when the whole game started getting too commercial. We were heavily influenced by Gangstarr and DJ Premier Kool G Rap etc, so we felt the need to take the torch, and continue down the same road they paved for us. That’s the difference! I’ve heard rappers in the past that have gone commercial, cite people like Primo or Wu-Tang as influences… Then put out that typical radio garbage rap. Reppond feel and me that, if you really want to give props to the cats that influenced you, follow in the footsteps they were headed and put out legitimate hip-hop music. That is the ultimate thanks you could give back to the pioneers that came before you. Believe me… If it wasn’t for cats like Gangstarr, Kool G Rap and Wu?! We wouldn't be here today.

How did you first get introduced into the music industry?

Around 1994 me and M.C. Reppond starting getting access to recording studios, and began recording where ever we could, and just started to hit the streets.

Who are some of the artists you have worked with? 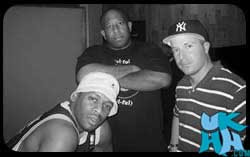 How did you end up hooking up with Premier and Kool G Rap?

Many years of grinding in the game, and having mutual friends in the industry, who wanted to make the collabos happen. We've prided ourselves over the years by sticking to a real formula, and keeping the old school current.

When can people expect to hear some new releases from Verbal Threat?

Our new single Reality Check (produced by DJ Premier) is killing the streets, and we flipped the b-side with Kool G Rap, and production by the Wu's Bronze Nazareth. The new Verbal Threat album is coming soon, entitled The Golden Era and is dropping December 2006. We just got back from shooting the video for Reality Check in NYC last week. Locations from Brooklyn, Queens, Manhattan to Brooklyn rooftops.

The Verbal Threat 12" single "Reality Check" is in stores now, and Autobiography/Boxcutter/BackStagePasses out now 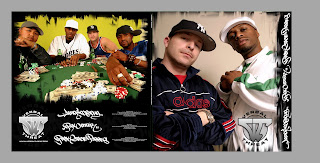